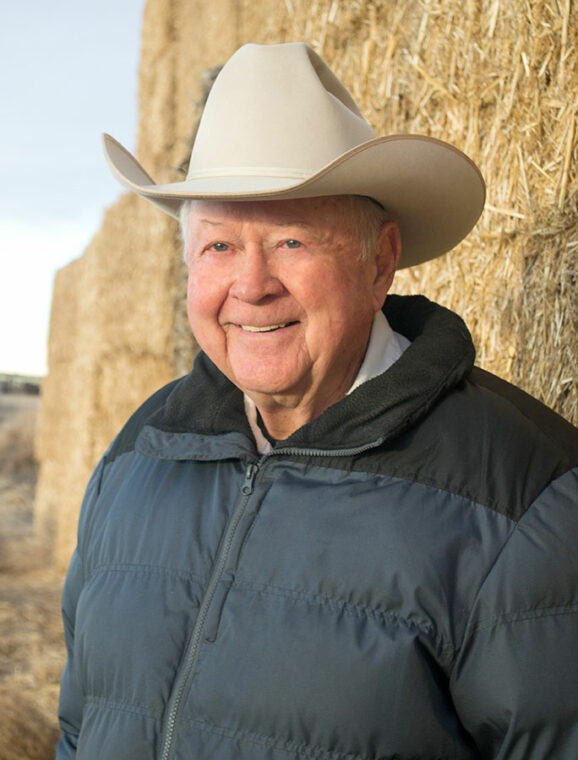 Odle always kept Superior in the forefront, pioneering video cattle auctions via satellite and the internet once it became a viable tool. While in June of 2007, Jim and his partners sold Superior Livestock Auction, Jim has been asked to serve as General Manager and then as a management consultant until 2016.

Jim is also the founder, benefactor and the executive producer of “Cowboy Church TV” which nationally broadcasts Christian church services on RFD TV. During his illustrious career, Mr. Odle has been recognized by multiple organizations including other Hall of Fame designations, while serving on many notable boards.

Currently, Jim and his wife Ruth Ann reside on their ranch south of Brush, Colorado where they farm, run a cow-calf and feeder operation as well as raise quarter horses.